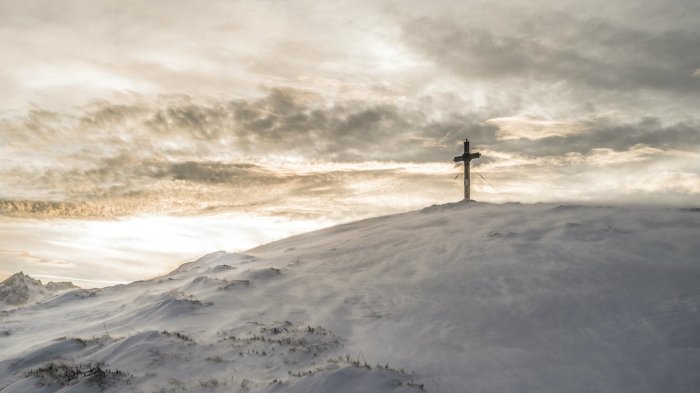 In this post I wanted to talk about the importance of sinking down deeply into the riches of God’s grace in Jesus Christ. Sinclair Ferguson tells us that: “God never throws us back to rely upon ourselves and our own resources. He encourages us rather to grow up as Christians by digging down ever more deeply into the riches of his grace in Jesus Christ. Christ himself is the rich and fertile soil in which Christian holiness puts down strong roots, grows tall and bears the fruit of the Spirit.” He also adds these helpful words: “When God urges us to be holy he is not throwing us back on our own resources to pull ourselves up by our boot strings and to do better. Rather he encourages us to swim into the sea of God’s love, to immerse our lives in his grace, and to live on the basis of the resources he has provided for us in Christ. To change the metaphor, growing in holiness and sanctification requires that we put down deep roots into the soil of gospel.”

Examples of what Sinclair Ferguson is talking about are found all over the Bible. One of those examples is found in 2nd Timothy 2:1 which says: “You then, my child, be strengthened by the grace that is in Christ Jesus,” John Stott comments on this verse in 2nd Timothy and says: “It is as if Paul says to Timothy: ‘Never mind what other people may be thinking or saying or doing. Never mind how weak and shy you yourself may feel. As for you, Timothy, be strong!’ Of course if his exhortation had stopped there, it would have been futile, even absurd. He might as well have told a snail to be quick or a horse to fly as command a man as timid as Timothy to be strong. But Paul’s call to fortitude is Christian not stoical. It is not a summons to Timothy to be strong in himself—to set his jaw and grit his teeth—but to be ‘inwardly strengthened’ by means of the grace that is in Christ Jesus…’ Timothy is to find his resources for ministry not in his own nature but in Christ’s grace. It is not only for salvation that we are dependent on grace, but for service also.”

So, how do we practically speaking begin to swim into the sea of God’s love? How do we immerse our lives in his grace? How do we sink down deeply into the riches of God’s grace in Jesus Christ? According to Sinclair Ferguson we need to make it an absolute priority to reflect and meditate on gospel principles. One of those gospel principles is found at the end of Galatians 2:20 which says: “the Son of God, who loved me and gave himself for me.” I was reflecting on this verse recently and the more I thought about it the more stunned I became. Charles Spurgeon said: “A sense of the love of Christ to you personally will affect your whole life. It will change it at first; but it will keep it changed ever afterwards.”

If we want to swim into the sea of God’s love, then we need to race to the cross over and over again. We need to meditate on the cross or as Martyn Lloyd-Jones says we need to: “Look again at the cross, my friend. Take another survey. Examine it again with greater depth and profundity…” As we begin to examine the cross we will see God’s love for his people. Jerry Bridges says: “When John (1 John 4:9-10) said that God showed His love by sending His Son, he was saying God showed His love by meeting our greatest need – a need so great that no other need can even come close to it in comparison.  If we want proof of God’s love for us, then we must look first at the Cross where God offered up His Son as a sacrifice for our sins.  Calvary is the one objective, absolute, irrefutable proof of God’s love for us.” D.A. Carson tells us that: “The cross is the high-water mark of the demonstration of God’s love for his people. It is a symbol of our shame and of our freedom. It is the ultimate measure of how serious our guilt is and the comforting assurance that our guilt has been dealt with.”

As we continue to meditate on the cross we will see the justice of God and the holiness of God. Lloyd-Jones points out that: “the cross tells us…that God hates sin. God is the eternal antithesis to sin. God abominates sin with the whole intensity of his divine and perfect and holy nature. And God not only hates sin, he cannot tolerate it. God cannot compromise with sin…There is no compromise between light and darkness, good and evil…God must therefore punish sin.”

As we continue to look at the cross we need to remember that we are all sinners as Paul makes clear in Romans 3:23 “for all have sinned and fall short of the glory of God.” Therefore, we deserve God’s wrath, or as Lloyd-Jones bluntly puts it: “We deserve nothing but hell.” As we see the depth of our sin and begin to feel the weight of our sin we will be more stunned by verses like 2 Corinthians 5:21 which says: “For our sake he made him to be sin who knew no sin, so that in him we might become the righteousness of God.” Lloyd-Jones commenting on this verse says: “God has made his own Son to be sin for us, though he knew no sin, in order that he might be able to forgive us, in order ‘that we might be made the righteousness of God in him.’

As we meditate on the cross we should think about the life of Jesus. Paul says that Jesus ‘knew no sin.’ Lloyd-Jones powerfully describes the life of Jesus when he says that: “Jesus was meek and he was lowly. He was pure, he was clean, he was holy. He sacrificed himself. He gave himself, he served. Lord of Glory though he was, he washed people’s feet. He rendered an utter and a perfect obedience to the holy law of God…He had left the throne of heaven, he had come and humbled himself, and he gave himself to healing people, and to instructing them. He never did anyone any harm. He went about doing good.”

I find those words from Lloyd-Jones moving especially in light of Romans 8:32 which says: “He who did not spare his own Son but gave him up for us all, how will he not also with him graciously give us all things?” I want to end this post by quoting a lengthy quote from Lloyd-Jones commenting on Romans 8:32 that I hope will stir up our affections for Jesus:

“God spared not his own Son, but delivered him up for us all.’ Now that is a wonderful description of what happened on the cross. God, in his great love to us, delivered up for us his only begotten, dearly beloved Son, who never disobeyed him and had never done any harm to anybody, to the death of the cross. But you notice what Paul says: ‘He that spared not his own Son.’ He means that God made it very plain and clear that he was going to punish sin by pouring out upon sinners the vials of his wrath. He was going to punish sin in this way—that men should die. The wages of sin is death, and it means endless death and destruction. And what we are told by the Apostle is that after he had laid our sins upon his own Son on that cross, he did not spare him any of the punishment. He did not say, Because he is my Son I will modify the punishment. I will hold back a little, I cannot do that to my own Son. I cannot regard him as a sinner. I cannot smite him, I cannot strike him. He did not say that. He did everything he had said he would do. He did not keep anything back. He spared not his own Son. He poured out all his divine wrath upon sin, upon his own dearly beloved Son.

So you hear the Son crying out in his agony, ‘My God, my God, why have you forsaken me?’ and he literally died of a broken heart. John tells us that when the soldiers pierced his side with a spear, ‘But one of the soldiers pierced his side with a spear, and at once there came out blood and water’ (John 19:34). The heart had burst and the blood had clotted, and there it was—serum and blood clot, because his heart was literally ruptured by agony of the wrath of God upon him, and by the separation from the face of his Father. That is the love of God. That, my friend, is the love of God to you a sinner. Not that he looks on passively and says: I forgive you though you have done this to my Son. No, he himself smites the Son…He pours out his eternal wrath upon him, and hides his face from him. His own dearly beloved, only begotten Son. And he did it in order that we should not receive the punishment and go to hell and spend there an eternity in misery, torment and unhappiness. That is the love of God. And that is the wonder and the marvel and the glory of the cross, God punishing his own Son, in order that he might not have to punish you and me.”